We try to make high impact films which focus on often neglected conservation issues e.g. ‘A Short Time Dying‘ which dealt with environmental pressures in the Arabian (Persian) Gulf.

Cry With Me  is based on the book ‘Giant Steps’ , and is a moving and compelling appeal drawing attention to the plight of elephants.

The horrors of rhino poaching are graphically illustrated in this film which tells the true story of two rhino which survived being attacked by poachers. This film has been described as being ‘tough to watch’, and maybe it is, but the story it tells needs to reach the widest possible audience.

This film is a short appeal from young wildlife campaigner Charlotte Peirce-Gregory, in which she urges her generation not to get involved in fraudulent ‘voluntourism’ and so unwittingly support captive lion breeding.

This 10 minute film shows how Mountain Gorillas in Rwandas Virunga mountains have become such a valuable cash earning tourist asset that they are now ‘paying their way’ and so enjoy a large measure of safety and protection.

The Persian (Arabian) Gulf is a relatively small, shallow, almost inland sea. The Gulf is suffering from several pressures – overfishing, pollution, sedimentation, increasing salinity, land reclamation, all of which are pushing this vulnerable and valuable marine eco-system towards becoming a new ‘dead sea’.

Fourteen year old Charlotte Peirce-Gregory tells the story of Bully and Induna (from Giant Steps) and then moves onto graphically describe what is happening to elephants in today’s world. This powerful and compelling short film has been widely acclaimed.” 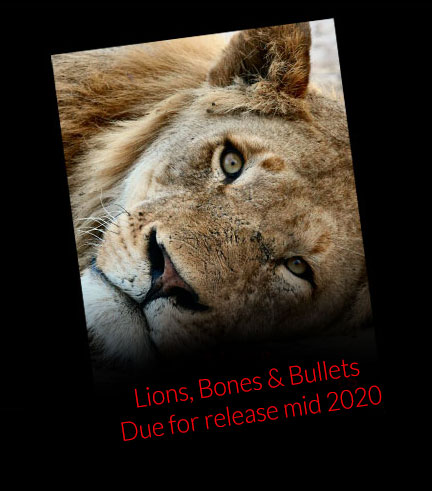